The Greek studio Sinas Architects has built a house on the island of Serifos that is based on the local dry stone walls in order to make the building as inconspicuous as possible.

The walls of the two bedroom house look like the stone retaining walls typical of Greek landscapes. These low walls, known locally as xerolithias, were traditionally used for cultivating land.

Xerolithi is a holiday home on the Greek island of Serifos

George Sinas, founder of Sinas Architects, realized that this type of wall can be used to create a building that blends in with the sloping topography. He named the house Xerolithi as a tribute.

“These walls are very common in the Greek Mediterranean,” Sinas told Dezeen.

“In a very subtle way they reveal the human presence in areas that otherwise seem untouched by civilization. It just seemed appropriate to experiment with this element and see how it can create form and space.” 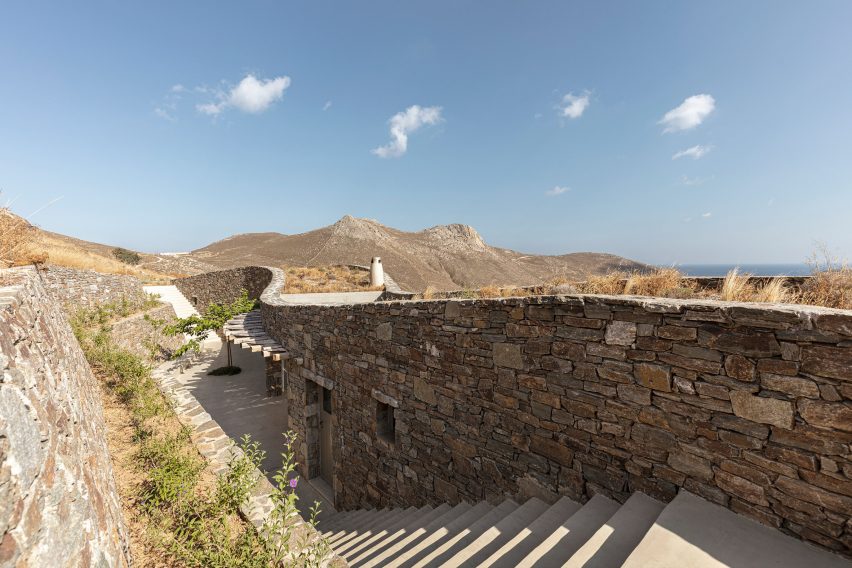 The design is based on xerolithias, a type of dry stone wall that is used locally in agriculture

These Xerolithi walls make it difficult to understand where the landscape ends and the house begins. This effect is emphasized by the roof, which is covered with gravel and native shrubs so that it blends in better with the surroundings.

In fact, the house has 245 square meters of floor space as well as terraces that extend around the living spaces. 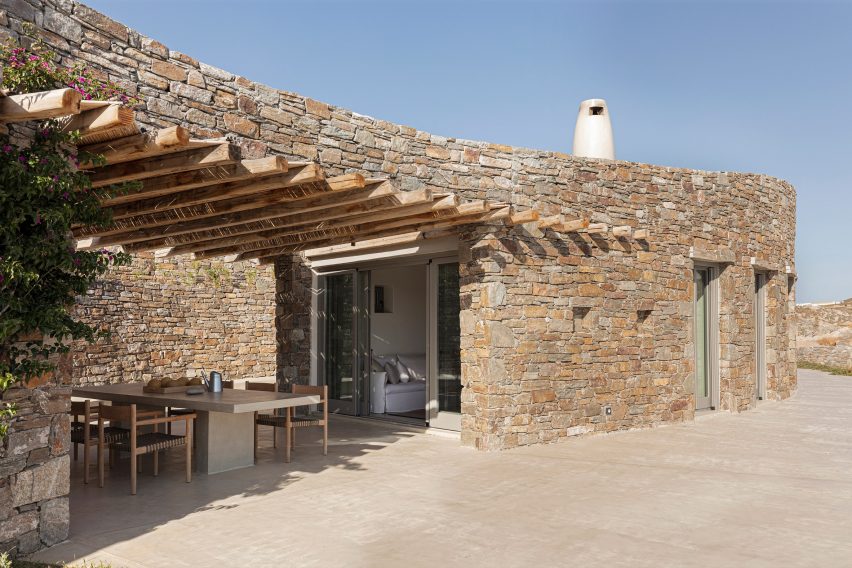 Terraces frame the living spaces on the sides

“The walls have a lightness, like ribbons in the air,” said Sinas.

“They seem to move gently closer, away from the slope and independently of one another, creating habitats in between.”

The shape of the building dictated a linear arrangement for the interior.

The volume is divided into two blocks, the larger containing the living rooms and the master bedroom. Two other guest rooms are in the smaller block and there is also a basement. 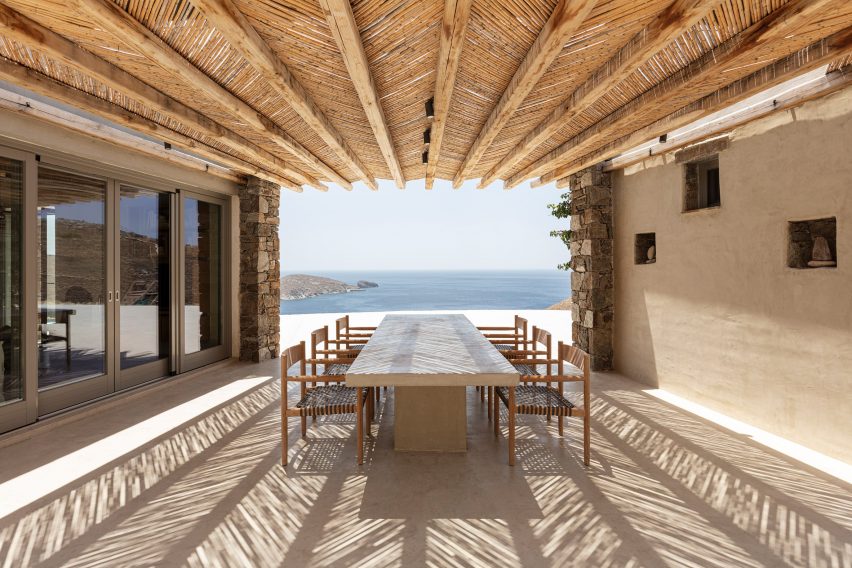 Bamboo canopies frame the outside terraces

There are two sheltered patios that can serve as outdoor dining areas, one between the two blocks and a second at the east end of the house.

While only the first is protected under the main roof, both are framed by wooden pergola structures with bamboo canopies. With their irregular arrangement of wooden beams, these pergolas have an unusual chevron pattern that creates patterns of light and shadow. 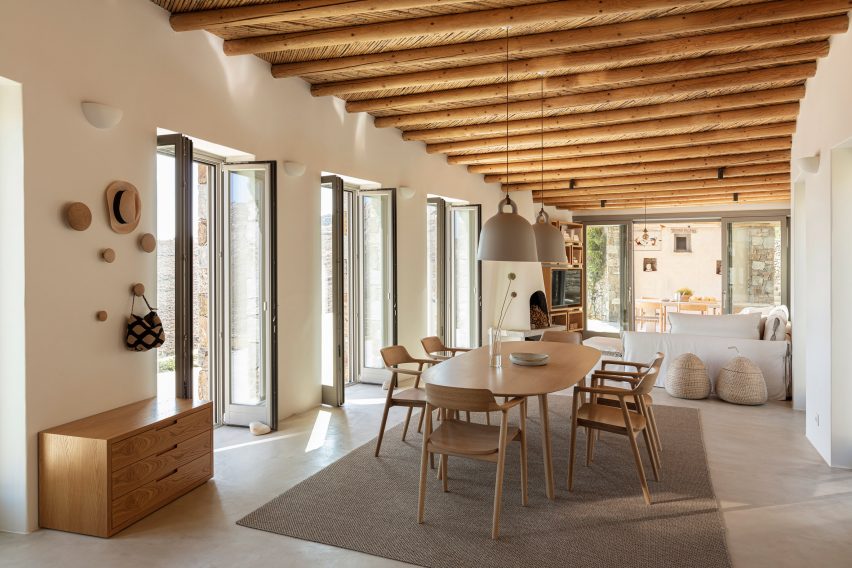 The same materiality is also found in the house – wooden ceiling beams are exposed above the head and filled with alternating sections of bamboo.

“The beams that support this structure couldn’t be placed parallel to each other, of course, but instead follow the curvy morphology of the house, like vertebrae on a long spinal cord,” said Sinas.

“As a result, the bamboo was knitted in a herringbone shape, creating a unique pattern with beautiful color textures.” 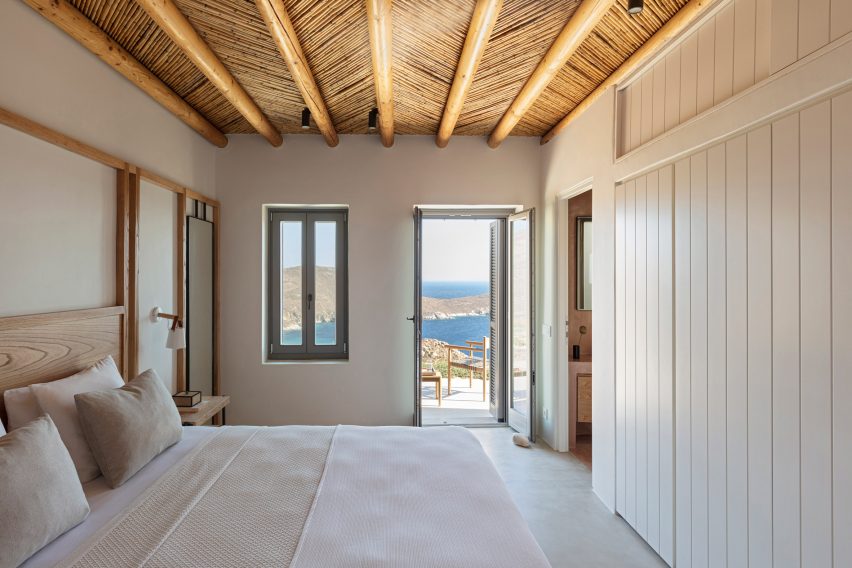 The bedrooms open onto a terrace with sea views

Most of the interior walls are plastered, which makes the interiors look light and airy, while the doors and built-in furniture are made of solid wood.

The bedrooms all have glass doors that lead to a front terrace with sea views. The living room is glazed on both sides so it can open up to this room as well as to a secluded terrace at the back that offers more privacy and protection from the wind. 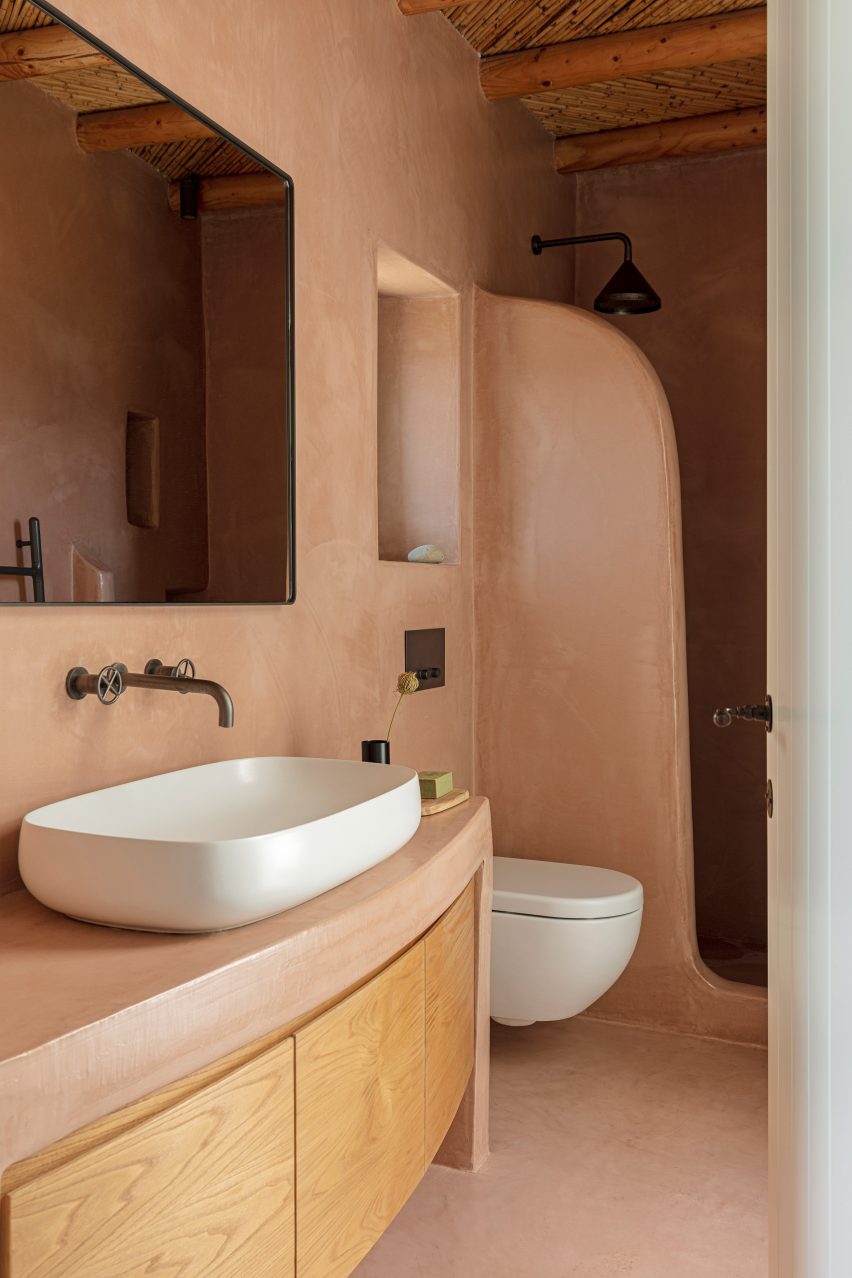 Each bedroom has its own bathroom

Xerolithi is currently used as a rental property for vacation. Sinas hopes this will be an example of a new type of Greek architecture that is more in keeping with the landscape than the bright white boxes the islands are known for.

“When you think of the Greek islands and their native architecture, scattered and stacked white boxes come to mind,” said Sinas, explaining his ambition to “question this morphological prejudice.” 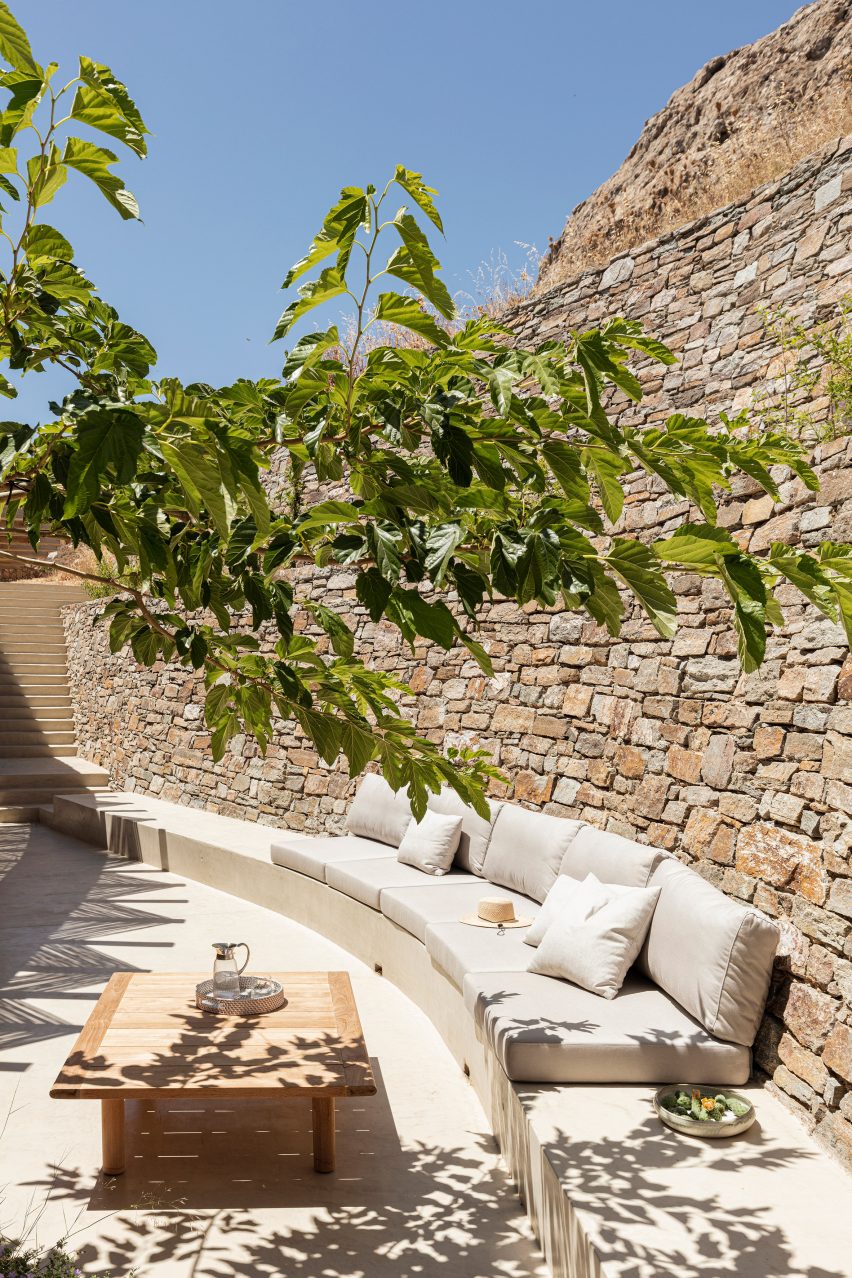 “The main goal of this project was to experiment with alternative shapes,” he added.

Also on the island of Serifos, the Greek studio Mold Architects dipped a house partially into a rocky hill with a view of the sea.

The photography was done by Yiorgos Kordakis, the styling by Anestis Michalis.

7 Landscaping Tips for Caring for Your Lawn during Spring