Did you ever go down Your local path and stumbled upon a random stone wall that looks like it grew out of the ground itself? No doubt it was built by someone and is extremely old, but why was it built? Was it the border for cattle on an old homestead, or maybe a line of defense? The New Hampshire Department of Environmental Services is trying to answer some of these questions for the state’s mossy partitions.

New England is something of a stone wall hotspot. Around 100,000 miles of walls shape the forests and landscapes of the region. Most of these walls were not built on purpose, but were a convenient way for farmers in earlier centuries to throw plow-preventing stones from their fields. In recent years, many of these arable land have been reforested.

An interactive surface known as the New Hampshire Stone Wall Mapper allows those interested to map the abundance of walls from the resulting aerial imagery. The platform allows anyone with a computer and internet access to follow the walls directly on LiDAR images. Once complete, users can input where a particular structure is located and make observations about the condition of the wall. You can also upload pictures. It will then appear on the main map as a pink line containing all relevant information. DES state geologist Rick Chormann also hopes that people will take the time to write about their personal experiences with the wall they have mapped. 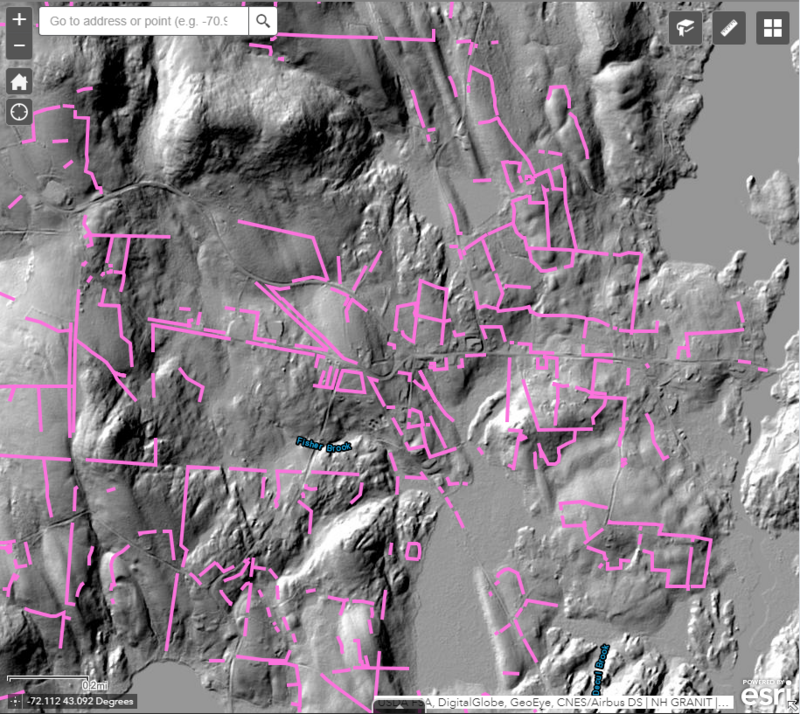 The ultimate goal is to develop a historical database that can be used for decades. But it’s also about collecting more love for the walls.

“My main motivation for the project was to raise awareness of and greater appreciation for the state’s stone wall heritage, which will hopefully lead to better conservation and promote the use and understanding of the state’s LiDAR data “, Says Chormann in an email.

With this unique approach, Chormann hopes it will provide a fun new perspective on the New Hampshire countryside. It also gives people the opportunity to learn more about their state’s past.